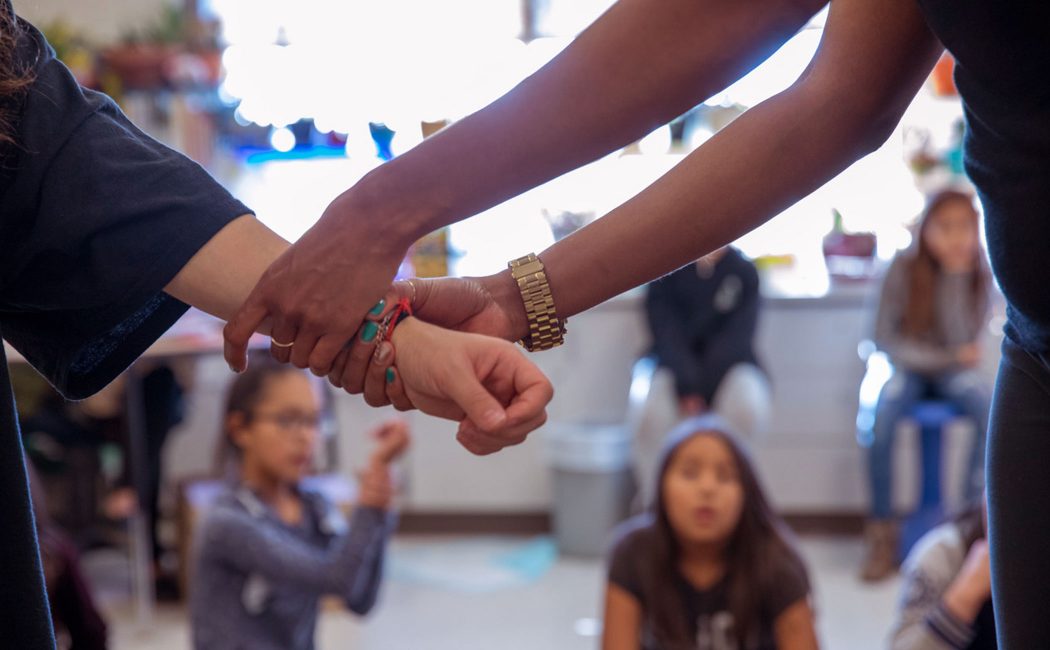 To address this disparity, Nebraska educational psychologist Katie Edwards, a leading researcher on interpersonal violence, sought to understand how an evidence-based program to prevent child sexual abuse would be received among Native American communities.

Edwards’ research while at the University of New Hampshire was recently published in the Journal of Child Sexual Abuse — the first ever evaluation of a child sexual abuse prevention program among Native American children — and highlights the success and acceptance of IMpower. The 12-hour sexual violence prevention course was delivered to elementary school students living on a South Dakota reservation during the 2018-19 academic year.

Edwards, associate professor, CYFS and educational psychology, assessed the acceptability and efficacy of the IMpower curriculum, which teaches children how to recognize risk, say “no,” use physical skills to resist a potential attack and tell others if they are being hurt. The program was chosen, in part, for its alignment with Tribal values, such as bravery and perseverance.

Edwards and her team found that children who participated in the program increased their knowledge of child sexual abuse and became more confident they could keep themselves safe. Participants also gained self-defense skills and better understood that they didn’t always have to do everything an adult said — especially if it could harm them.

“The most prominent gains were in children’s knowledge of personal agency,” Edwards said. “The children showed that they understand they have a voice in what happens to them and that they can make decisions about their own bodies.”

Participants included 48 fourth- and fifth-graders, whose average age was 10. Researchers analyzed participant knowledge of child sexual abuse, acquisition of self-protective skills, self-efficacy and identifying strangers from before and after the course.

Developed in 2009 by Lee Paiva, founder of No Means No Worldwide and IMpower United, IMpower is taught in areas of the world where women and children are at extreme risk of sexual assault. The course teaches young people the mental, verbal and physical skills they need to stay safe and change their culture of sexual coercion and violence.

Edwards’ study is the first assessment of IMpower in the United States; all other assessments of the course had been conducted in Africa.

Paiva said she was impressed by how the tribal community welcomed the project.

“People were so willing to work to get things done,” she said. “Most communities do not want to face this sort of thing happening where they live, but there was a group of men and women who led the way and made things happen very quickly.”

Leon Leader Charge, tribal training technical assistance specialist and research associate for the project, noted that support and guidance from the community’s spiritual leaders was key to the project.

“There is no room for any kind of abuse in the community’s traditional culture,” Leader Charge said. “The community’s foundational values, such as respect, humility and compassion, are taught as the core of the culture. That was important to the spiritual leaders.”

In addition to increasing children’s knowledge of how to keep themselves safe, prevention efforts that focus on perpetrators and adult bystanders are absolutely critical, Edwards said.