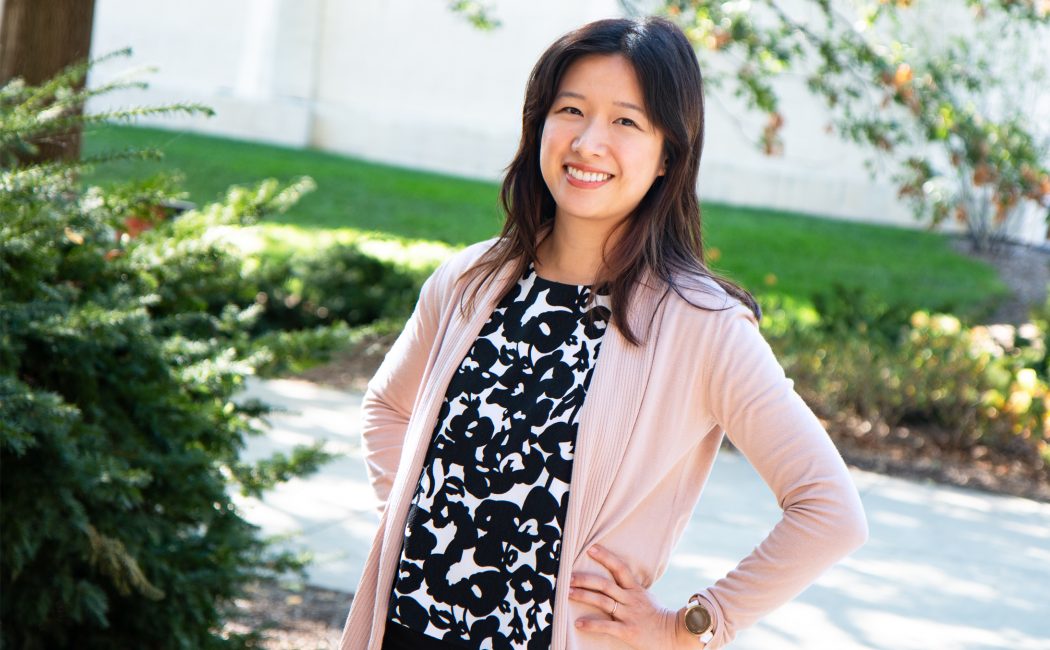 It may seem obvious, but the emotional bond babies develop with their parents is crucial — not only for their survival, but also to ensure positive outcomes throughout life.

Less-obvious, however, is how this bond — known as attachment — develops.

Patty Kuo, assistant professor of child, youth and family studies, is leading a pilot project to explore how attachment security to mothers and fathers develops in a baby’s first 18 months — and how those attachment configurations predict outcomes in the child’s first three years.

She aims to identify key factors that influence how attachments are formed based on variations in parental sensitivity and availability, such as accessibility to the infant.

Funded by an Office of Research and Economic Development Layman Award, Kuo worked to better understand what was happening at home with children and their parents. She recruited 50 parents — 25 couples — with infants in the Lincoln, Nebraska, area.

For three hours a week in one-hour segments, parents wore GoPro cameras to document their interactions with their children and each other in their home.

At first, researchers were concerned people would alter their behavior or interactions, knowing they were recording. But as Kuo and her team began to analyze the footage, they quickly discovered that was not the case.

“People got used to the camera and just went on with their daily lives,” Kuo said. “We got candid footage of people folding their laundry or doing other household chores, playing on their phones and otherwise not changing their routines — which is what we wanted for a nuanced view of what caregiving looks like in 2021.”

When the infants are about one year old, each parent will visit Kuo’s lab individually with their child to complete a Strange Situation test — a semi-structured procedure that enables researchers to observe and measure attachment security in young children within the context of caregiver relationships.

One would think having any secure attachment to either parent would be good, but that wasn’t what we found. I continue to be puzzled by that and want to understand that phenomenon.”

Kuo’s motivation for the project stemmed from “pure curiosity” about findings from her previous research that examined various infant attachment configurations to either or both parents.

“In those projects, we found that infants with a secure attachment to dad, but not mom, resulted in more negative outcomes — abnormal stress response, defiance toward parents, less ability to pay attention and focus,” she said. “One would think having any secure attachment to either parent would be good, but that wasn’t what we found. I continue to be puzzled by that and want to understand that phenomenon.”

To supplement her Layman funding, Kuo also has been awarded an ORED Biomedical Research Seed Grant for a related project to explore children’s stress and health biomarkers. Her team will collect saliva samples for cortisol, and stool samples to study the gut-brain axis, which consists of communication between the central and enteric nervous systems, and links the brain’s emotional and cognitive centers with peripheral intestinal functions.

Kuo aims to use findings of the two intertwined studies to expand her research to explore long-term impacts on children’s bio-behavioral health — and to better understand attachment security in evolving caregiving configurations, such as with same-sex parents.

Learn more about the project in the CYFS Research Network. This project aligns with the UNL Grand Challenges of early childhood education and development, and health equity.