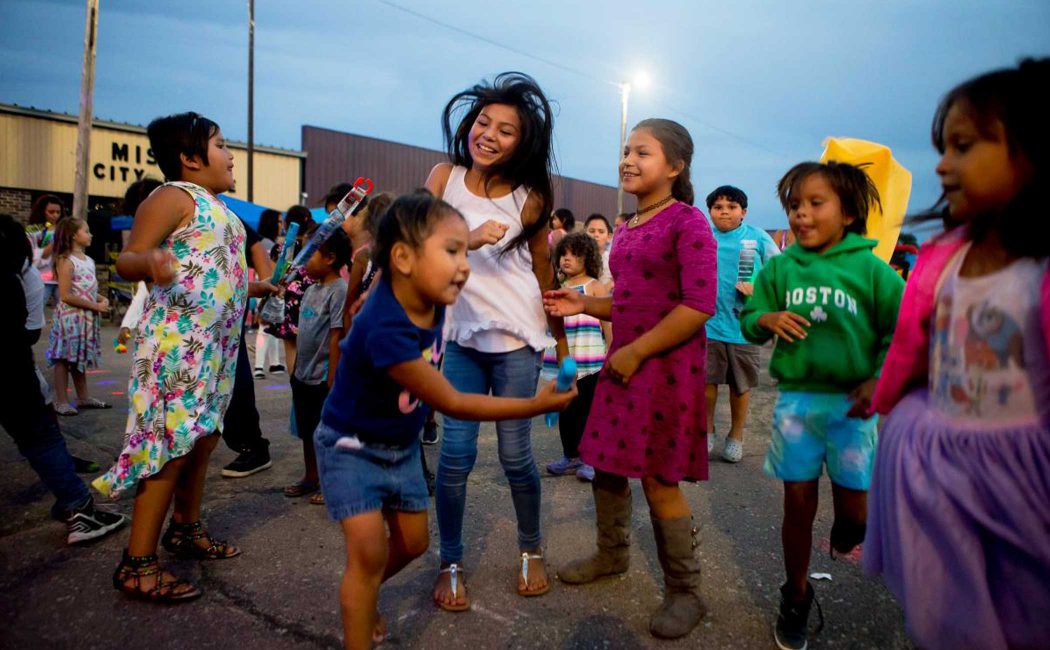 For the past six years, Nebraska educational psychologist Katie Edwards has worked with Native American communities and organizations to combat sexual violence — a trauma Indigenous peoples experience at rates higher than any other racial or ethnic group in the U.S.

“Violence among Indigenous peoples is rooted in colonization and multiple historical traumas, as well as ongoing systemic racism and oppression,” said Edwards, director of the Interpersonal Violence Research Laboratory (IVRL) and associate professor, CYFS and educational psychology. “Despite this, Indigenous peoples are highly resilient — something that is attributed to their connection to their cultures. So there is increasing recognition that effective prevention efforts for Indigenous peoples need to be culturally grounded.”

For Native American communities throughout the U.S., sexual violence remains a significant problem. Its negative impacts has spanned generations of Indigenous peoples.

Ethleen Iron Cloud Two Dogs, Oglala Lakota elder and cultural consultant, notes that in the Lakota language, sexual violence and other types of severe violations of a sexual nature are referred to as “sil okihan,” with the concept being violation to the person’s spiritual, physical, mental and emotional aspects of their being. Prior to colonization, she said, sil okihan was virtually non-existent in Native communities.

The new center, which will be named by the community, will create jobs, provide training and education opportunities, and bring IMpower, an evidence-based sexual violence prevention program, to K-12 youth at Pine Ridge. With community input and guidance from elders, IMpower will be culturally adapted.

Developed in 2009 by Lee Paiva, founder and executive director of No Means No Worldwide and IMpower United, IMpower an evidence-based,  comprehensive sexual violence prevention program and support system for survivors

Results from a recently completed pilot evaluation of IMpower on a Native American reservation in South Dakota demonstrated that a culturally adapted curriculum reduced rates of sexual violence by 80%.

Violence among Indigenous peoples is rooted in colonization and multiple historical traumas, as well as ongoing systemic racism and oppression.”

The project aims to reduce — and strives to eliminate — sexual violence among Indigenous persons throughout the U.S., and to provide all Indigenous K-12 youth with the opportunity to receive the culturally adapted version of IMpower by 2050.

“People often don’t want to talk about sexual violence,” Paiva said. “Where IMpower comes in, it’s like a glacier. It starts to make these cracks and things start to flow again as the truth comes out. There are secrets that come out, and it takes a lot of courage to pass through that phase and allow healing to start. My fervent hope is that those cracks start to happen.”

In addition to programming for girls, IMpower includes gender transformative, sexual violence prevention for boys that aligns with traditional roles of boys and men in Native communities.

“It is our hope to assist in returning the role of protector to our young men in our support of reducing and eliminating sexual violence on our reservation,” said Mike Henry, director of the Santee Sioux Nation Health and Wellness Center.

IMpower will also be adapted to include programming focused on LGBTQ Two Spirit+ Native youths’ experiences.

During the project’s first year, the Indigenous-led sexual violence prevention center will be established at Pine Ridge. The center’s start-up will rely on community engagement and coordination activities, cultural adaptation of IMpower and intensive staff training in program adaptation, implementation and evaluation.

Center staff will work with Indigenous community members and partnering agencies in South Dakota and Nebraska to adapt, implement and evaluate IMpower in each community. They will also host training events and seminars, and will share their findings with researchers, practitioners, policymakers and community members.

The project also includes a youth-led documentary that will follow the establishment of the center and the implementation of IMpower. Through storytelling and other Indigenous methods, the documentary will highlight the strengths and resilience of Native American communities, and efforts toward reducing sexual violence among Indigenous peoples.

Guided by Sharon Teo-Gooding, professor of film at the Johnny Carson School of Theater and Film, and Jaida Grey Eagle, Oglala Lakota documentarian and co-producer of the “Sisters Rising” documentary, Indigenous youth will learn about filmmaking, from conceptualization to shooting and editing, and will participate with elders in the premier of the film locally and nationally.

I could have become a statistic. But I was raised by countless, beautiful, strong women on both sides of my family to know that kind of treatment was wrong.”

Throughout the project, all research will be done after receiving tribal approval. Tribes will own the data from their respective communities.

Damon Leader Charge, director of tribal outreach at the University of South Dakota, said the center will play a significant role in chipping away at historical and intergenerational traumas Indigenous people have suffered. As the oldest of six siblings, he saw abuse in his own family. He knew even at an early age that some of the behavior he witnessed “wasn’t the way you were supposed to treat your loved one,” he said.

“I could have become a statistic,” Leader Charge said. “But I was raised by countless, beautiful, strong women on both sides of my family to know that kind of treatment was wrong.”

Learn more about this project on the CYFS Research Network, and on the IVRL website. This project aligns with the UNL Grand Challenges of anti-racism and racial equity and health equity.