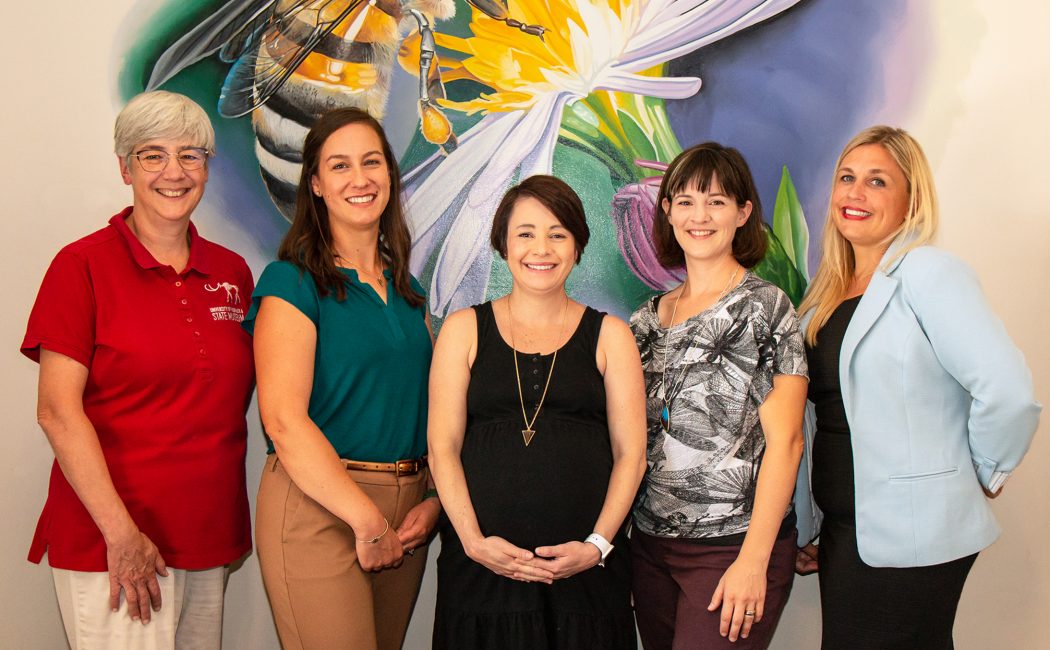 After decades of work, many researchers believe climate change poses the greatest global threat to human health — and that youth are the most vulnerable to the impacts and most-dire consequences, both today and in the future.

Black, Latinx, Native American and other youth of color may be disproportionately affected by climate change with deepening inequalities in access to clean air and water, healthy foods and forced migration.

For the project — RISE with Insects (Resilience Ignited through Science and Ethics) — researchers will develop a learning camp curriculum for first and second graders that explores insects’ environmental resilience using restorative healing practices, mindfulness, art and social-emotional learning, and consider how those concepts relate to racism, privilege and the climate change crisis.

They aim to actively engage youth, their families and communities in systems thinking to empower them to be stewards of planetary health — and lead to youth taking collective action to combat the climate crisis in Nebraska and beyond.

“Environmental health and human health are interconnected,” Vélez Arango said. “This project is not only focused on environmental change, but also on racial justice; it’s all connected. People need to think about the consequences of their actions, both in terms of the environment and how we can affect others.”

This project is not only focused on environmental change, but also on racial justice; it’s all connected. People need to think about the consequences of their actions, both in terms of the environment and how we can affect others.”

Because team members possess a range of specialties — entomology, mindfulness, art and exhibit presentation, expertise with ethnic communities — the project will blend disciplines to create an inclusive curriculum.

“Everyone on this team has particular strengths,” Lynch-O’Brien said. “As a group, we are going to use several different perspectives to figure out what will work best. In the next year, we’ll all come out a little different.”

During the project’s first year, the team will strategize the project. Researchers will work with Lincoln’s Malone Center, Asian Community and Cultural Center, and El Centro de Las Américas to bring those communities in to help create a curriculum that will work across different communities and cultures.

“This year is about planning and coming together in an interdisciplinary way, through an intercultural lens,” Hatton-Bowers said. “We want to figure out how to be best responsive to the different communities in an engaging, purposeful and meaningful way.”

Vélez Arango said the project’s use of insects — most likely butterflies, caterpillars and, possibly, Madagascar hissing cockroaches — will appeal to children.

“Insects tend to be fun for kids,” Vélez Arango said. “There are big differences between monarch butterflies and hissing cockroaches, so we can show how some insects are beautiful and some are a little scarier. But we can teach that just because something is different, it doesn’t mean it’s bad or ugly.”

Vélez Arango noted that monarch butterflies, for example, have certain stressors in their life cycles and migratory journeys. Studying the biology of monarchs — how they develop, what they eat and some of stressors they have, such as lack of quality food — can also be applied to human communities.

“We can then connect that with lack of quality in certain communities, or what challenges children who have migrated from elsewhere might face,” she said.

Science literacy is important. Even if they don’t go into science as a career, they can still gain confidence to participate in science, interpret and have opinions, and gather evidence.”

The project’s focus on similarities between insect and human resilience is important, Hatton-Bowers said.

“You can go outside and find insects co-existing with us,” she said. “There is an interdependence with living things. That is a beautiful metaphor for what we are trying to teach youth.”

Lynch-O’Brien notes that confidence in studying science declines among many children, especially girls, at an early age.

“Science literacy is important,” she said. “Even if they don’t go into science as a career, they can still gain confidence to participate in science, interpret and have opinions, and gather evidence.”

This project, Lynch-O’Brien said, is “a grant for hope.”

“As an entomologist, when I hear updates about the monarch butterfly, I hope I do not witness the extinction of that species in my lifetime,” she said. “As an instructor and advisor, I see the mental health crisis that has evolved over the past two years; there are a lot of students with a lot of weight on their shoulders. So maybe with this project, in our own small way, we can get it across to children that we must get along. We get one planet and one ‘us,’ and we have to see and hear one another. That includes insects, too.”

Learn more about this project in the CYFS Research Network. This project aligns with the UNL Grand Challenges of climate resilience, early childhood education and development, and science and technology literacy for society.