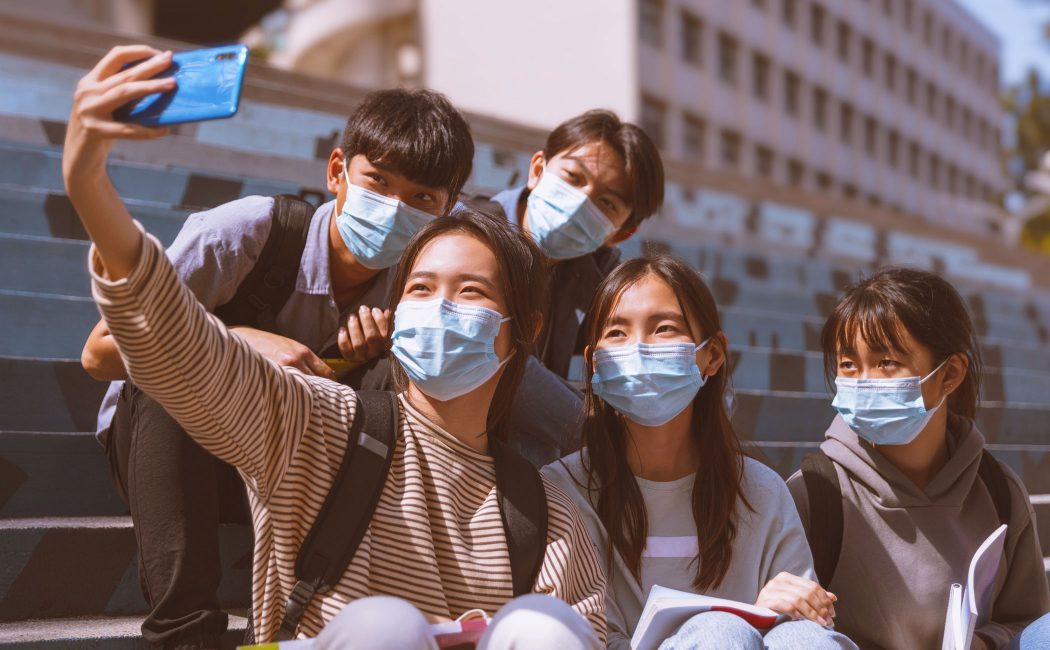 While the COVID-19 pandemic has negatively affected people from all walks of life in the U.S., the Asian American and Pacific Islander (AAPI) community have experienced an added share of hardships, according to a recent Nebraska study.

A recent analysis of the use of the term “China virus” and other racially charged terms by government officials and the media — and the resulting conversations online — reveals more evidence of social media’s powerful influence on public perception and the potential to stoke racist discourse online.

Theresa Catalano, associate professor in the Department of Teaching, Learning and Teacher Education, and Peiwen Wang, TLTE research and teaching assistant, recently led a project to analyze the effects of such discourse regarding the coronavirus in a variety of news and social media sources, as well as public comments and conversations connected to those sources.

“It has been eye-opening to see how social media can serve as a dominant channel for people to interact and assist in the politicization of health issues such as COVID-19,” Catalano said. “We found that social media can be sites of resistance, but they are also sites where solidarity and uniting of racist thought can occur.”

Last spring, as the pandemic peaked, former President Donald Trump and some members of his administration, as well as members of Congress and the media, frequently referred to the virus as the “Chinese” or “Wuhan” virus.

Catalano and Wang examined how political rhetoric can shape policies. They focused on identifying visual or verbal strategies used in U.S. media discourse to communicate about COVID-19, and how that communication influenced public opinion of the AAPI community.

Their research also explored counter-discourse by viewers and readers — such as reader comments on online stories or message boards — to gauge impact on public opinion, links to other articles or videos, hashtags and images.

Catalano and Wang documented creative ways YouTube commenters expressed ideologies and identities visually, such as through emojis and memes, and how repetition was used across social media to shape or validate opinions. For example, Catalano said, many commenters used President Trump’s exact words to defend using phrases such as “Chinese virus.”

“The more things are repeated, the more they seem to become real or true, or OK to say, but that is not the case,” she said. “That is one reason why social media and other types of media discourse can be so effective in manipulating and shaping public opinion.”

The yearlong anti-China/Chinese discourse on social media, Catalano said, “has had dangerous effects on the AAPI community in the U.S.”

Of those, 68% included verbal harassment and name-calling, while deliberate avoidance, or shunning, composed about 20%. About 11% of the reports involved physical assault, the report said.

Since finishing their study, which was funded by the UNL Office of Research and Economic Development, Catalano and Wang have conducted six public presentations — five of which were for Lincoln Public Schools students and teachers.

“Many of the non-AAPI students in our classes were completely unaware that physical and verbal violence was happening as a result of COVID-19 and anti-Chinese discourse, since it had never happened to them,” Catalano said.

Catalano and Wang aim to use their findings to spread awareness about racism against the AAPI community — and to develop anti-racist curriculum for K-12 teachers.

“I would like to see this research reach a larger audience,” Wang said. “For example, maybe some organizations for ethnic minorities could help make our research accessible to larger audiences, students, teachers, school districts, to impact real-life classrooms.”