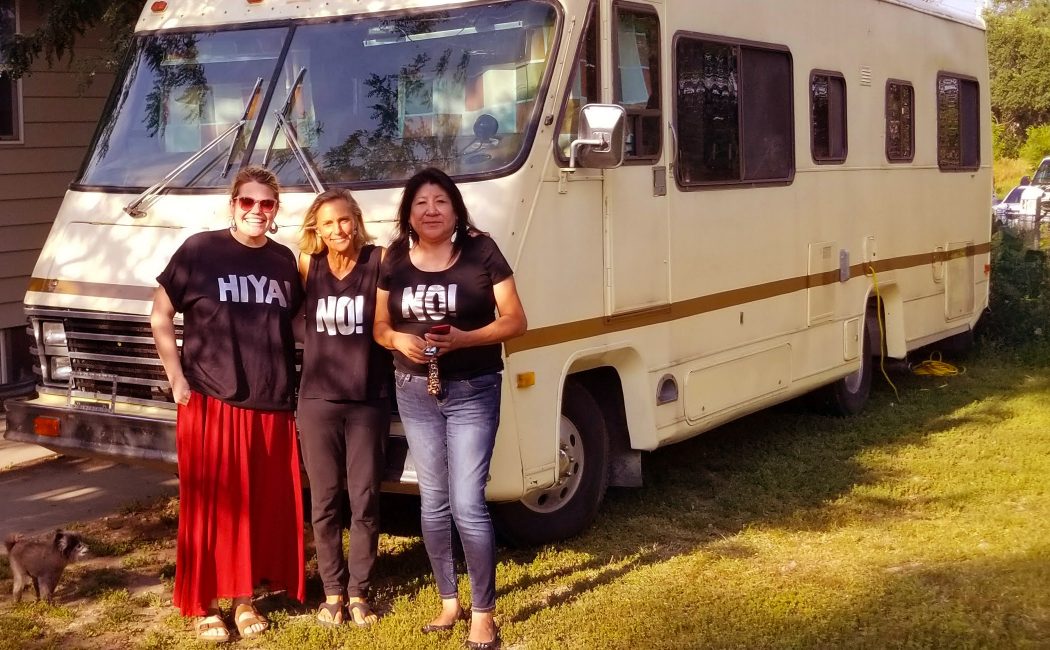 Nebraska researcher Katie Edwards has been honored by the American Society of Criminology for her community-engaged research with Native American communities.

Edwards, associate professor, CYFS and educational psychology, is this year’s winner of the ASC’s Division on Women and Crime Community Engaged Scholar Award, presented annually to a leader in teaching, outreach or scholarship initiatives defined by innovative community engagement in criminology or a closely associated discipline.

“It’s a huge honor; this work is deeply meaningful to me, professionally and personally,” Edwards said. “I learn so much from the community partners I work with, so I see this as an award for all of us and the work we do.”

Edwards will be honored at the ASC’s annual meeting in Chicago in November. Ramona Herrington, a Lakota elder and activist with whom Edwards has worked on several projects, will accompany Edwards as a co-presenter.

“I wouldn’t be able to do this work without Ramona and all the other amazing people in South Dakota,” said Edwards, who joined CYFS in August 2019 after working as an associate professor of psychology at the University of New Hampshire.

Herrington was one of several community partners who offered support of Edwards’ nomination for the award in a letter to the selection committee.

“Katie is such a compassionate leader,” Herrington wrote in the letter. “She leads by example and is not afraid to jump in and help with the hard work . . . She is not afraid to learn about other cultures and she is inclusive of everyone.”

Edwards has worked with Native American communities for the past five years, beginning with a project in Rapid City, South Dakota — a city whose population is 15% Native American.

“One project led to another, then another,” Edwards said. “We all work together to figure out the issues important to the community, and community voices lead in how to use strengths-focused, culturally grounded approaches to address those issues. I learn so much from the community partners.”

Most of Edwards’ currently funded research focuses on historically marginalized populations, particularly Native Americans and sexual and gender minorities. Among her ongoing projects related to Native American communities are five studies in South Dakota: a youth-led sexual violence prevention program; a strengths-focused, family-based program that examines adverse childhood experiences among children and their caregivers; research to develop a culturally grounded initiative to prevent violence among and against LGBTQ2S+ Native American youth; an empowerment self-defense program aimed at Native American girls; and a project to promote healing from domestic violence victimization among rural Native American women.