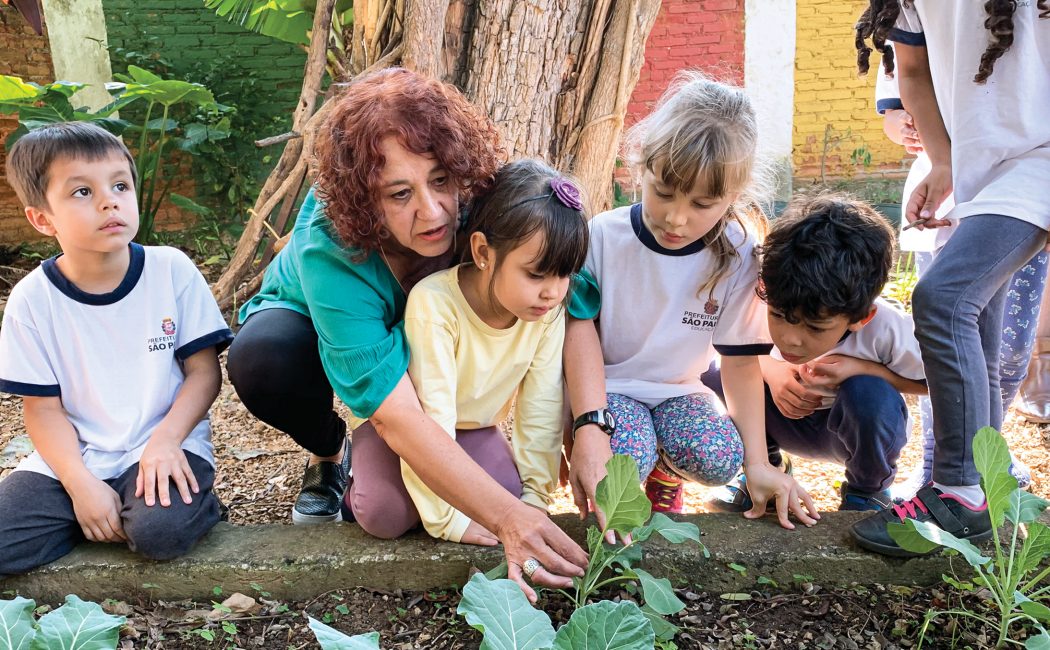 While there are distinct differences between the U.S. and Brazil, there are even more things the two countries have in common. In particular, a desire to ensure all children have the opportunity to reach their full potential guides the work of early childhood educators, researchers and other professionals in both parts of the world.

Launched in May 2016 in São Paulo, Brazil, the global partnership brought together interdisciplinary researchers from the University of Nebraska–Lincoln and a number of universities in Brazil to find solutions to some of our most pressing early childhood challenges.

Hong partnered with Gisela Wajskop, professor at Pontifical Catholic University of São Paulo, to strengthen preschool science education by promoting teachers’ reflective practice; Koziol worked with Denise Ruschel Bandeira, professor at Federal University of Rio Grande do Sul, to test and refine a screening tool to evaluate young children’s development across Brazil; and Williams collaborated with Pompéia Villachan-Lyra, professor at Federal Rural University of Pernambuco, to understand the psychological experiences of caregivers whose children are affected by congenital Zika syndrome.

“These initial projects generated remarkable results that would not have been possible without this global partnership,” said Susan Sheridan, director of CYFS, which helped facilitate the initiative. “Together, the teams have built significant evidence that can be used to positively impact the lives of children, youth and families in both parts of the world.”

The overall partnership has yielded data from all five regions of Brazil, with study sites in Recife, São Paulo and Porto Alegre, as well as Nebraska.

“The pilot work has created a bridge for future opportunities to share ideas, train future leaders in the field and co-develop solutions that will improve outcomes for children and families in both countries.”

Additional programs have grown from the pilot work and continue to progress. Other collaborations include using a community-based approach to improve outcomes for vulnerable youth and families and adapting compassion- and mindfulness-based programs in early childhood settings in Brazil.

Most recently, Sheridan and Gomes are introducing and adapting Nebraska’s Teachers and Parents as Partners intervention to Brazilian schools with support from Porvir, a São Paulo-based institute for educational innovation, and Hollist is using a U.S. Fulbright award to study factors driving the spike in suicide and self-harm rates among young people in Brazil.

In June 2019, a Nebraska delegation traveled to Brazil to mark the end of the first phase of research. The teams met with stakeholders to share their joint findings and to discuss next steps, such as how the results could support early intervention programs and new lines of inquiry.

Williams was especially pleased to share findings with partners at Recife’s IMIP hospital, located on the front lines of the Zika virus epidemic in northeast Brazil, and to help give a voice to caregivers affected by it.

“While challenges will continue to unfold for families affected by congenital Zika syndrome, the valuable knowledge we’ve gained about their caregiving experiences can be used by practitioners to support them and others moving forward,” Williams said.

The partnership lends research teams a richer understanding of the similarities and contrasts between early childhood approaches in Brazil and the U.S.

“Conducting joint research has helped us uncover ways to empower teachers in both countries to talk more about science — and to help young children think more like scientists,” Hong said.

While the partnership’s first chapter has closed, momentum is building for the future.

“The pilot work has created a bridge for future opportunities to share ideas, train future leaders in the field and co-develop solutions that will improve outcomes for children and families in both countries,” Sheridan said. “This is just the beginning.”

To learn more about the research and explore videos, photos and other resources, visit cyfs.unl.edu/brazil.